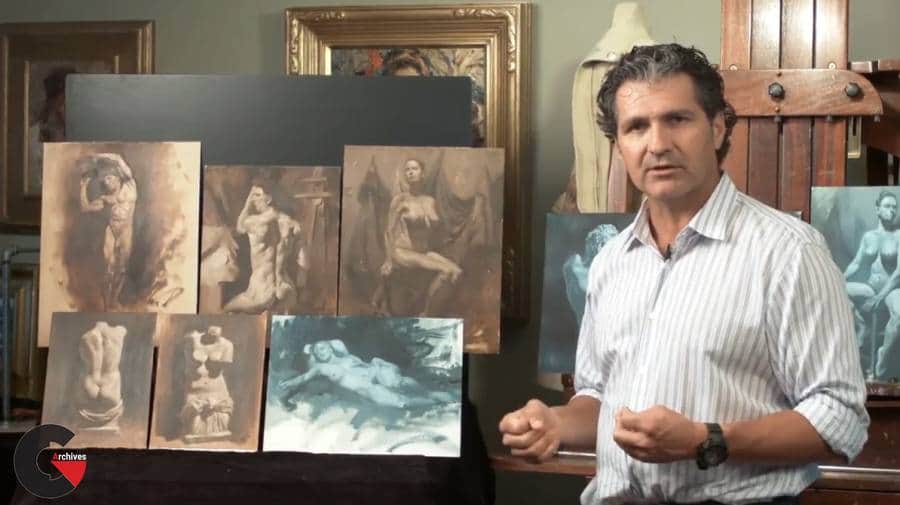 Phase I : In this phase we will again be placing the emphasis on limited palettes. We will start almost all first phases in painting this way.  The goal will be to familiarize yourself with value control, shape recognition, and edge control. Students will work from photos of the male and female casts, both front and back, as well as photos of the male and female model in the major poses. These will be straight on, three-quarter, profile, back, and reclining.  You will be using three different limited palettes: Burnt Umber Pick-out, Burnt Umber and White, and Phthalo Blue Black and White.

Phase II : Having gotten familiar with navigating the human form from the major angles, and using controlled palettes, you are now ready to open the range a bit. In this phase you will again be working from photos of the male and female figures taken from the major angles. However, now you will be using the Burnt Umber pick-out/under painting technique with the four color “Zorn” palette on top. We will again be pre-mixing the 36 value break down of the 4 colors.

After watching the videos you should mimic Jeff’s approach using the same reference. Start by revisiting the Burnt Umber pick-out technique that was first introduced in the portrait phases. After the under painting has dried, attempt to match the values of your under painting using the corresponding color for the top layer. These lessons will guide you. By the end of Phase II you will have become familiar with some of the most time tested approaches to painting. These will serve you well in the years to come.

Phase III : In this phase Jeff will introduce you to the art of head quick sketch. You will watch Jeff tackle indicating heads ranging from 15 second to 5,10,20 and up to one hour. It is in these lesson’s you start to see the true value of all the hard work you did in phase I and II. The first 7.5 hours will be the male model and the second 7.5 hours will be the female. The area of head quick sketch will be utilized in everything from creating thumbnail sketch’s for art director’s, story boarding, conceptual design, animation to fine art. This is a phase not to be missed.

Adobe After Effects 2021 - The Beginner's Guide 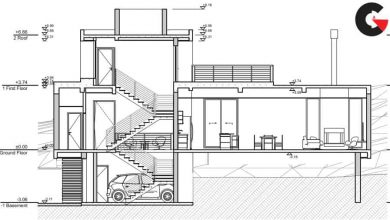 Up and Running with ArchiCAD 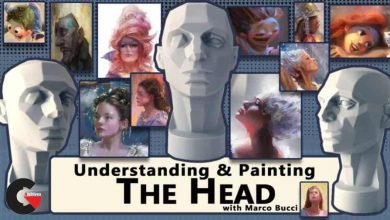 Understanding and Painting the Head 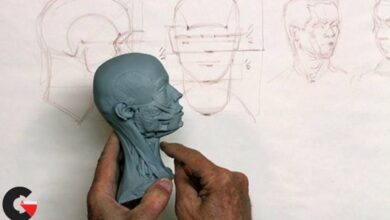